The Vershire Town Center was envisioned by Ernest Parker, the Drew Family, and others in the Vershire Historical Society in the early 1970s, and it became real with the move of a South Vershire Church building to the site in 1978. Soon after, Land and Water Conservation Fund monies paid for the playing field; in the early 2000s, the Historical Society wing was added and the lower level re-arranged; in 2005, the Playground was added, and in 2009 came the Bread Oven. But through that time, we have yearned for an outdoor pavilion – a place to have shade while kids use the playground and to have community events outdoors. This need became acute with the pandemic as we worked to host events outside. We now have big event tents, but setting them up is always a challenge, and the risk of strong thunderstorms knocking these tents down is an ongoing worry.

The Town Center Committee has finally addressed the issue head-on, and with the help of an anonymous donor providing seed money, we now have a fully engineered set of plans. As the attached image shows, the pavilion will sit right on the edge of the playground, so it can provide shelter for caregivers while kids play; at 9’0′ to the underside of the roof eave, it would be easily possible to stand on the lawn and see the playground beyond. The timber frame, with classic mortise-and-tenon joinery, would be native white pine with 3′ overhangs on all sides; it would sit on engineered precast piers, a pad of driveway hardpack would run under the entire roofed area and make for a durable multi-use surface. This setup would allow the pavilion to be the hub of VerShare Community Camp and serve for a variety of outdoor events. Two switched light circuits (both dimmable) would provide a variety of lighting options, while two power circuits could allow for cooking/heating at one end with a sound system at the other. 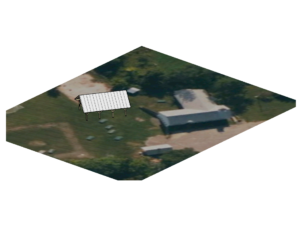 All going well, the plan would be to raise the frame by hand, old-style, a true community raising, on June 17, to be ready for Vershire Day. Thanks to this community mobilization and discounts/donations from over half a dozen local businesses, this roughly $75K project will cost $65,000. The State of Vermont’s Better Places program will provide $40,000, but only if we can raise $20,000 between January 18 and March 19. We envision a large recognition display in the downstairs of the Town Center with pictures of the raising and a list of everyone who supported the project.

So now it is up to us! Please give generously – either directly to the Town, or by contributing to the Snowshoe-a-thon. All donations are tax-deductible.